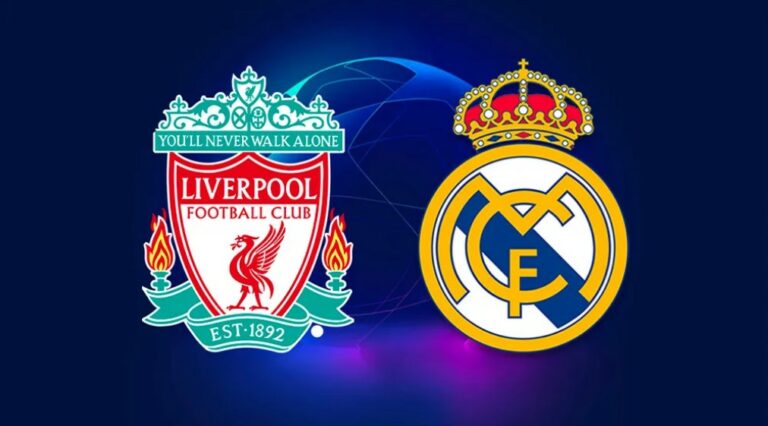 Finally, one of the main sports betting events has reached its denouement! Liverpool beat Spain’s Villarreal 5-2 on aggregate in the semifinals. In another dramatic semifinal clash with English Manchester City, Real Madrid won 6-5 on aggregate. Football betting fans are literally frozen in anticipation… Who has a better winning chance now? Who deserves your next Champions League bet? Let’s find out what the decisive match of the Champions League has in store to boost your football betting efforts significantly!

The battle will take place on May 28, 2022, at the Stade de France in the northern Paris suburb of Saint-Denis, France. It will be the 67th UEFA European Football Championship and the 30th UCL final since the European Cup was renamed. The victor will fight the winner of the Europa League 2021/2022 for the Super Cup title and will also qualify for the group stage of the next UCL season.

In the UEFA Champions League, the teams met eight times, Real Madrid won four times, Liverpool gained the upper hand three times, and one game ended in a draw. In the final matches of the tournament, Real Madrid and Liverpool played twice: in 1981, Liverpool beat the Spanish team 1-0, and in the 2018 final, Real Madrid won 3-1. Notably, in 1981, the game was held in Paris – the same place where the decisive match of this season will be played.

Will there be revenge? Time will show, and the strongest will win!

The UEFA Champions League betting line is already available. Liverpool is considered the favorite. Bets on the victory of Jürgen Klopp’s charges are accepted at odds of 1.93. The success of Real is estimated at 3.54, a draw after 90 minutes – at 3.57. You can also bet on a Total Over 2.5 at the odds of 1.70, and on a Total Under 2.5 at the odds of 2.03. ‘Both to Score’ probability is estimated at 1.64.

The 19-time English soccer champions have approached the end of the 2021/2022 European season with incredible baggage of results. In the EPL, the Reds are fighting for another title with Manchester City and have lost only two of their 34 games. In February, Liverpool won the English League Cup for the first time since 2012, and they are just one step away from winning the FA Cup. And finally, for the third time in the last five years, the club from Anfield made it into the CL finals, having won eight of their ten matchups and suffered only one defeat – 0-1 against Inter in the return leg of the round of 16. This season, Liverpool has really turned into a winning machine, and the second semifinal leg against Villarreal is just another confirmation of that. After the first half, the Reds were losing 0-2, but, in the second half, they came back to the full, having scored three goals! Although there are some problems in defense, the attacking line led by Mohamed Salah, Sadio Mané, and Roberto Firmino adapts quickly to challenging situations on the field and, in case of an unsuccessful course of the match, presses the opponent until the final whistle. Add the fact that the Reds have one of the most balanced and quality lineups on the European continent and one of the best coaches in the world, and the squad becomes simply unbeatable!

Wanna give up on Real? You’d better not! The Vikings have already knocked two English clubs, Chelsea and Manchester City, out of the CL. What’s more, Los Merengues do not cease to surprise us – they just turned a hopeless game against Man City upside down and snatched victory from the opponent literally in the last minutes of the semifinal second leg! They’ll talk about this victory of Real for a long time to come! In general, Madrid’s European championship campaign this season claims to be the basis of some great sports drama: last-minute unexpected denouements, overcoming, comebacks, phenomenal breakthroughs by individual players like Karim Benzema… If Real Madrid wins the Champions League, it will be an off-the-charts story! Notably, in the playoffs, the Vikings followed the same pattern. Throughout the whole encounter, they showed a pretty mediocre performance, and then they got into the game harshly for a short period of time. At such moments, they became furious and unstoppable. Some call it experience, some praise Ancelotti for his ability to create chaos on the field, some just admire the magnificent Benzema. The soccer aspects alone cannot explain Real Madrid’s victories. It’s more about some kind of capitalizing on the opponent’s weaknesses. No other club in the world has such a keen sense of the opponent’s problems and uses them to its advantage. All the opponents Madrid has beaten in the playoffs have had different psychological problems. It is well-known about PSG that they can’t take a punch. Chelsea is on such a streak where it’s unclear what’s going to happen to the team. Finally, there’s City – one of the most organized teams in the world with a genius coach. But Man City has a psychological trauma – and it is Pep Guardiola’s trauma. The so-called ‘curse of the Champions League’ screws the coach up. It also affects the play of the footballers, which means they can be forced to make mistakes.

Also, Los Blancos, unlike the Reds, have a better opportunity to prepare for the decisive match without getting distracted by the games of La Liga. Merseysiders, on the other hand, are torn between the EPL, the FA Cup, and the upcoming battle.

Additionally, it is essential to recall that Real Madrid managed to win the Champions League five times in a row. This is the only team that was able to achieve such a result. In modern history, the Spanish team also has a record – three wins in a row!

Traditionally, the team that is considered the favorite wins here, though there are exceptions. And indeed, as practice shows, most frequently here, one interesting rule comes into play – listen to the opinions of analysts to succeed in online football betting. Bookmaker experts thoroughly analyze the final matches and set extremely accurate odds, 100% consistent with reality. And, as a rule, the experts are rarely wrong.

Also, you should consider that the finalists tend to play cautiously. Therefore, it makes sense to bet on total under options.

Determining the participant who has a better chance of winning is easier in play. As an example, take the confrontation between Real and Liverpool in 2018, when neither the goalkeeper of the English nor the field players looked their best during the match…

Enter the promo code and take advantage of the cashback offer!

Play with supreme confidence as we got you covered with a cool cashback offer! Activate it once and get cashback for the whole week! During this period, 10% of the money lost on the casino 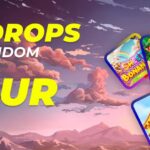 Start 2023 with a new adventure with the Pragmatic Play Prize & Drops Slots! Compete against other players to win your share of a prize pot. Play any of the participating games and become the

Spend your day on a new adventure with the Pragmatic Play Prize & Drops Slots! Compete against other players to win your share of a

The summer goes on, and top football leagues are coming to their end. It doesn’t matter if you plan to stay home or go somewhere as you can always bet online at Cyber.Bet. We offer you the top five football matches of the upcoming weekend.

To celebrate EURO 2020, we will run a draw with a prize of 2020 EUR, the participants will need to make a deposit using the