What is UEFA Super Cup

UEFA Super Cup preview: when and how to watch

The UEFA Super Cup 2021 takes place on Wednesday, 11 August at Windsor Park in Belfast. The match kicks off at 21:00 CEST.

The Blues are considered to be the favourites in this match but do not underestimate Unai Emery’s Villarreal, who booked the spot in the game by defeating Manchester United.

Chelsea have a huge number of key players who returned late for pre-season. This could have been an obstacle to Thomas Tuchel’s plan to win the Super Cup just six months after he became a manager. But with sufficient resources, Chelsea and Tuchel are expected to deliver the trophy to Stamford Bridge.

On the other hand, Villarreal is thriving. No surprise the Europa League is called the Unai Emery League. However, the Spanish boss has suffered failures in two previous Super Cup matches against the Spanish opposition, Real Madrid and Barcelona, ​​however, it was with Sevilla. The good news is that Emery and Villarreal are better off against English opponents. The team beat Manchester United and Arsenal in the Europa League, they will be confident they can overcome another English obstacle.

Chelsea are looking to complete their deal with Romelu Lukaku. He will play in the Super Cup if Chelsea add him to the squad before midnight on Tuesday. The Belgian is now on his way to London to finish his transfer from Inter. Emery also has some problems to deal with. Samu Chukwueze has a hip injury and Pau Torres is likely to have a rest after playing at the Olympics with Spain.

Chelsea have played in the Super Cup four times, but have won it only once in 1998 against Real Madrid. For Villarreal, this will be their first Super Cup performance. The UEFA Europa League title was only a second-ever trophy for them – the first was the Spanish third tier in 1970.

Chelsea and Villarreal are meeting each other for the first time. Villarreal will be the 9th competitor from Spain for Chelsea and Chelsea are Villarreal’s 7th English opponent in a UEFA tournament.

Emery and Tuchel also have never met before. Emery has become the Arsenal manager in 2018. The 2018/19 season ended with Chelsea’s 4-1 win over Emery’s Arsenal in the Europa League final. Emery was also responsible for Valencia, which played with Chelsea 1-1 at home in the 2011/12 Champions League second round. Thomas Tuchel will hope to get his second trophy as Chelsea coach. For him, this is the first match against Villarreal, but he was unbeaten against Spanish clubs with a W4 D4 record. 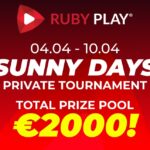 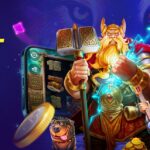 The hottest news on Cyber.Bet: MMA and Boxing are already here!

We’re excited to inform you about adding new sports disciplines and opening up new opportunities for admirers of martial arts!  Please welcome, MMA and Boxing