It came to the semi-finals of the UEFA Champions League! And if the Manchester City vs. Real Madrid encounter was predictable, then the fact that Liverpool would play Villarreal could only be expected by hardcore fans of the Spanish club! Well, we can only be glad for those who selected the Yellow Submarine when betting online on football during the quarter-finals…

How did these clubs manage to become semifinalists? What do sports betting experts think about the future scenario? Let’s take a look at the clubs’ chances so that you can place your successful bet on the Champions League!

On the road to the semi-finals

The first game of the Champions League quarter-finals almost killed the intrigue in the encounter between Liverpool and Benfica. The English club won confidently 3-1, so the team from Portugal needed to repeat the miracle of 2006 (then, at Anfield, they managed to beat their opponent 2-0). The Reds were first to open the scoring in 21 minutes of the second leg. However, the guests showed incredible character. They continued to fight back and equalized in the first half through Gonçalo Ramos, who shot from near the penalty spot. In the second half, Brazilian – Liverpool forward Roberto Firmino netted a double to make the score 3-1. But the Portuguese managed to hold opponents to a draw. Still, the English won on aggregate.

Manchester City had big problems against Atletico in the quarter-finals. Everything was decided by a single goal scored by the English on the home field. In Madrid, Pep Guardiola’s squad had to live through the unpleasant last 20 minutes of the match: the Colchoneros put pressure and could take the game to overtime.

Villarreal is undoubtedly one of the brightest sensations of these playoffs. Only a few could have predicted such an outcome when betting on the UEFA Champions League. After Villarreal reached the quarter-finals, almost no one believed that the Spaniards would move forward. After the draw and the fall to Bayern, this feeling increased, and even after the first match they won, most were confident that the Germans would easily smash their opponents at home. But Unai Emery and his squad had their own plan all along, and they delivered on it brilliantly! From the first minutes of the return match, Bayern decided to crush the Spaniards, but Villarreal proved they were more worthy of advancing to the next round. In two games, the Spaniards had two shots on goal, with both turning into goals.

Many gave up on the intrigue of the Chelsea vs. Real Madrid encounter, as Karim Benzema destroyed Chelsea away, bringing his team a 3-1 victory. But the Blues showed that, despite all the problems, they were a hard nut to crack. First, Chelsea quickly scored the important goal and did not stop there, continuing to whip up tension near Madrid’s net. In the second half, the hosts livened up the game, but Rüdiger doubled the lead after a controversial corner kick. That result ensured extra time; still, it was not enough for the Pensioners to gain an aggregate victory.

We have to admit that Liverpool is lucky with the opponents in the playoffs of this Champions League. If Inter in the round of 16 was still a serious adversary, then Benfica in the quarter-finals was just a gift. What’s more, Villarreal, instead of Bayern, will probably bring the fans of Merseysiders into ecstasy. Yes, Unai Emery’s team is cool, but its level is still not comparable; the fairy tale must end. Thus, the online football betting experts give Liverpool a place in the finals in advance. Bookmakers agree with this and consider the Merseysiders the main favorites in the tournament. At Cyber.bet, Champions League betting odds on the win of Jürgen Klopp’s squad are 1.26. Let’s not forget, however, that right now, Liverpool is in the midst of the championship race in the EPL, as well as in the FA Cup. The game on several fronts will require the distribution of forces.

The chances of the Yellow Submarine are estimated at 9.15. Beating out Liverpool would be a real feat. But the same was thought in the case with Bayern…

The City’s chances of winning are quite high, almost as high as Liverpool’s. Except that it’s not Villarreal but Real Madrid that’s on its way. Also, the problem of the Citizens is the same as that of Liverpool – they play on three fronts. How to prioritize is the main question right now.

Real is moving up the standings with pain and misery. No one believes in the Vikings, but we should not forget that the club has a much calmer finish to the season. A gap in the Spanish championship can allow Carlo Ancelotti to safely resort to rotation and hurl all effort into the UCL. And then there is Karim Benzema! This forward can turn any match upside down. The Parisians will confirm this!

The closer to the final, the higher the tension! The responsibility is too high, as well. At this stage, competitors don’t strive to attack at all costs. Coaches require players to play lockdown defense to the detriment of attack. Often games end in 0-1. Therefore, Both to Score and Total Over bets are not appropriate here. It’s more logical to select Total Under 2.5 options.

In matchups of this phase, we often see away wins. There is nothing strange about this because, in the confrontations of giants, the home-field advantage is often wiped out. Given this, you can carefully bet on the guests with zero handicap.

Much depends on the first goal here. If the participants do not open the score within 30 minutes, there is a high probability that the match will end in extra time or a penalty shootout. Therefore, it makes sense to punt live. When the teams fail to score in the first half, they shift their focus to defense. In this case, it makes sense to select Total Under 2. If the goal is scored, then there are options. Often, the opponents open up with goals. Total betting will be relevant. Another scenario is also possible when the losing side tries to break into heavy defense but does not succeed. Here, you need to look at the game progress and analyze the behavior of defenders and attacking players.

Follow the thrilling confrontations on April 26-27 and May 3-4 and stake with the most profitable odds on Cyber.bet! Best of luck! 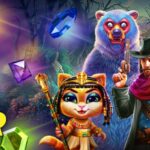 Win a share of 1 000 EUR by playing your favourite games by Pragmatic Play! Private tournament will be held from 22 to 25 December. Play the selected games and the more you win, the 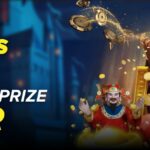 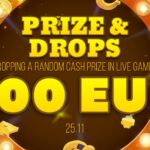 Spend your day on a new adventure with the Pragmatic Play Prize & Drops! Compete against other players to win your share of a prize pot. Play any of the participating games and become the

Take part in the Spinomenal race for lucky symbols! The provider has prepared a cool tournament for you! Plunge into the fairy atmosphere of Lepricons,

Don’t miss the denouement: Overwatch League 2020 Final Four is the very next week!

Next week, from October 8 to October 10, the top four teams will compete for the title of League Champion and the first-place prize of 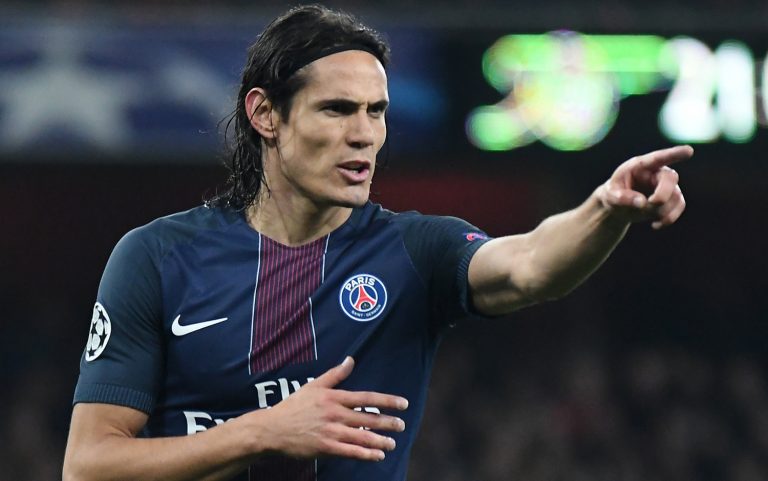