The summer goes on, and top football leagues are coming to their end. It doesn’t matter if you plan to stay home or go somewhere as you can always bet online at Cyber.Bet. We offer you the top five football matches of the upcoming weekend.

The English Premier League champion title’s fate was decided even before the coronavirus break. That is why the English Cup is so important for the other teams this year. All four teams in the semifinal represent the so-called “big six”. Even being in this “big six” Manchester City and Arsenal are not equal at the moment.

Citizens are one of the strongest teams in England, while Arsenal most likely will not qualify even for the Europe League. Earlier this week, Arsenal beat Liverpool, but both Arsenal’s goals came from the horrible mistakes of the Red’s defense. Manchester City can also make mistakes, but they are motivated to win the cup, and there are not many chances for the London team to win.

Both teams keep on fighting for the European Cups. Leicester is not doing well after the pause, but their victory over Sheffield kept their chances for the Champions League. Tottenham is aiming for the Europe League.

Both teams will not be satisfied with either draw or loss, and we are going to see a real war on the pitch. Considering Tottenham plays at home and Mourinho’s teams were always capable of winning when it is most needed, the team from London looks favorite of this match.

This is the highly anticipated match of the Russian football in July. Zenit is looking forward to getting the second national trophy, while the victory in the cup is the only chance for Spartak to save the season from being horrible.

The team from Moscow can always give a fight to Zenit even though the gap between the two sides sometimes is too big.

In the second English Cup semifinal, there is also a favorite, but everything is not that obvious like on Saturday. Earlier this season, Chelsea have beaten strong teams and lost a lot of points in the games versus the outsiders.

Another thing is Manchester United is doing great during the last few weeks. Most likely, the final of the English cup is going to be the Manchester derby.

We already know that Real have won the Spanish Cup, and all the Champions League spots are distributed. However, the fight for the Europe League is still on. Real Sociedad is sitting on the sixth place, but face extremely tough opponent Atletico Madrid.

The Basque team will have the second chance for qualifying to Europe League through the Spanish Cup, but it is always nice to solve all the problems as early as possible. 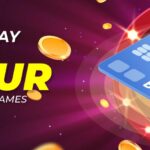 Every Tuesday can bring you big wins. Do you know why? Because we have another awesome promo to make your gambling experience even more fun and profitable! CyberBet is happy to announce Cyber Tuesday Cash 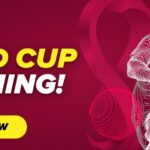 Everything you need to know about the World Cup 2022

Several days before the start of the FIFA World Cup, CyberBet has prepared all information to get ready for the top football tournament, from dates to leading teams. Read more on the Cyber.bet blog. 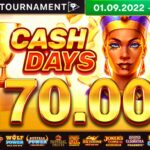 Start the autumn with a new adventure with the Playson Cash Days Tourney on CyberBet! Compete against other players to win your share of a 70000 EUR prize pot. Play any of the participating games